I became a pig farmer the usual way, the mere male in my life says one day “I’m getting pigs.” That was in April 2018. I just welcomed my second litter of pigs yesterday. As to be expected, Mere Male has had limited caring responsibilities so I can claim my farmer status fair and square. As the woman of the household, it always falls to me to take on any of the projects that appear around the house. Like caring for a yapping sausage dog. But that’s a whole different story.

Back to the pigs. We started with four – two sows, Patch and Ham, and two nutted boars, Bacon and Mr Angry. Patch, Bacon and Mr Angry have all met their ends as chops or roasts or various other delicious cuts. Ham currently has 11 week old boars being weaned – George, B1 & B2. Another sow joined our lot by the nickname Spitpig. She was originally purchased to supply food for a work Christmas party that never happened. As it turned out, she was already pregnant when she came here and just had 8 little babies with a variety of white, black and red markings. These five sows and three boars put the current number of pigs up to thirteen.

Now while feeding all the animals on my funny farm has always been my chore, I can now add another – shovelling pig mess. Yep Mumma Paradox herself was out in her hippy pants, singlet and gumboots shovelling compacted dirt off the concrete floor of the pig pens. Plus making adjustments to the outside section of the pens to help the ground dry out better. I even have blisters to prove it. So far I had been told that I couldn’t do it as I might “do it wrong”. Since Mere Male is still recovering from surgery and isn’t allowed to lift anything, the muscles are back. More precisely my back muscles are alive and hurting. I forgot I had those.

I leave you with a photo of my latest babies. May they grow up big and tasty x

After a rapid decline in my health, I decided I would record my thoughts and feelings as one of my symptoms is memory loss. Here are the notes regarding parenting, homesteading, chronic illness and everything else I encounter in my daily life. Hope you enjoy xx View all posts by mummaparadox

This site uses Akismet to reduce spam. Learn how your comment data is processed. 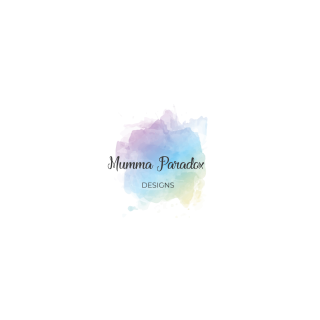 After a rapid decline in my health, I decided I would record my thoughts and feelings as one of my symptoms is memory loss. Here are the notes regarding parenting, homesteading, chronic illness and everything else I encounter in my daily life. Hope you enjoy xx